Speaking of 2015 is gonna be really, really harsh for me as it was a normal year of modelism, but... I don't really have the data related to. So this article is gonna be a little bit different than the others.
If in 2014 I really saw my friends a lot, it wasn't the case in 2015, with -only- one visit at Sabrina's and our trip to Grenoble for her exams. Also, I moved house again in september 2015 to go at... Grenoble, yes it was kind of "the town of the year"...

My top horses were... these forever home beauties: 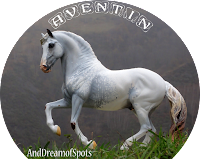 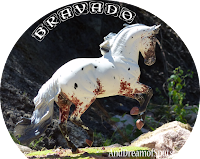 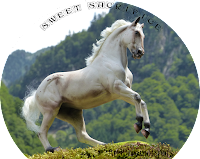 Note: My two laptops with all my data (10 years) inside were stolen in december 2016 in a burglary. So I lost all. I mean, really. But by chance, I could grab pieces of the puzzle on family&friend's laptop, blogs and galleries where I posted my pictures.
Plus, recently, one of my two laptop (the really old one) returned to me, it was a curious story. This old one had all my data before 2015 in it, as the other one never found, was the one I used on 2015.
SO I didn't have my pictures from 2015 without copyright or in other quality than facebook/reloaded from galleries.

2015 started on a win, in February, I did enter the BCS Winter Challenge, and win Reserve Champion, this is one of the pictures provided for: 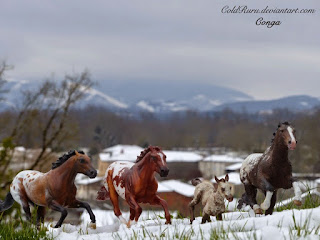 The first year, I put the foot on the saddle to start studio pictures, my first wishes was to list my all my miniature tack... 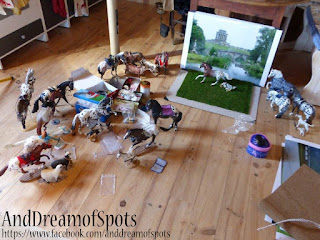 And I loved it! From the simple classic ideas to the unleashing of creativity... 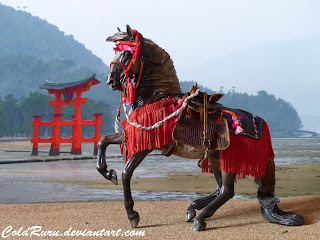 It was also the year I got my first custom of my mare, "Sweetie"...

And started to picture her everywhere it matters, things I cannot always do with the real one ;)

It was also a good year of additions, with traded treasures... 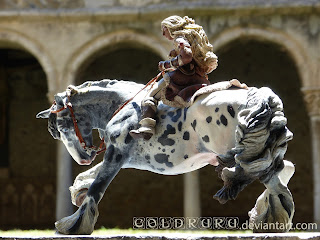 Globaly, it was a great years for customs and pictures, really... 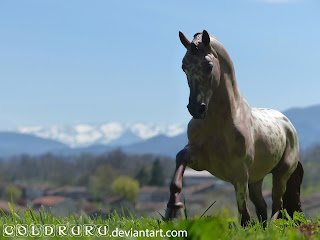 But on a more personnal plan, it was not. I ended on a loss.
My dad turned sick. My visits to him dig some lost pictures...

And a real stop to all my activities, when he passed away by the end of the year.
You know, I'm really like he was.
He travelled a lot, taking pictures everywhere. He loved nature and animals. He collected miniatures (car toys). Was always writting stories like you can see with this small batch of the numerous postcard he sended to me all along his adventures... 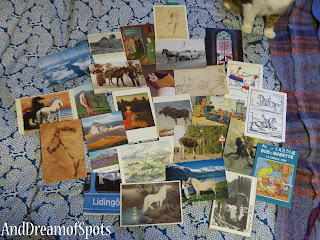 Conclusion is that for me, the end of 2015 and the start of 2016 litteraly throws rocks on me, and I decided to clear with a new start, who's this blog.
So it's the last "back in..." blog post, as 2016 is already archived on this blog ;).
I did spend a great time relating my past years of modelism, and happy to have completed the blog with my last notes about 2012, 2013 and 2014 this one plus the shootings. I hope you loved it.

To end this review of 2015, here's my favorite pics of this past year: 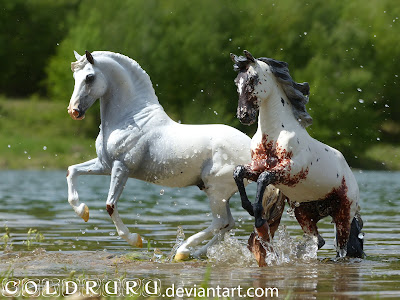