You’re not enjoying confinement? You're not going to like climate change.

When I usually took my camera on, it's to capture the beauty of nature.
That's the main point about my modelhorse pictures - showing the awesomeness of nature, with the most naturalistics pictures I can take.

To be honest, I started years ago because I lost my fate in drawing (I found it back recently) and needed something to express myself. I needed a focus, I found it in my wishes to shoot horses in the wild -but instead of the luck to have real ones as models, I found that figures did the job just fine- 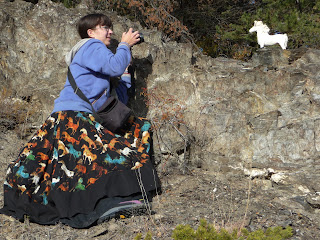 But we've got a problem isn't it?

I remember when I was a child. There was no real recycling of waste. You had to bring stuff by yourself to the right place. Of course, almost nobody did it, but my parents did. They were mocked by other people about "wasting their time" by not throwing all their stuff in the generic garbage.
Also, I remember we bought water in glass bottles. I'm unsure why, because it's been years and years that I only use tap water. But you could take the glass bottle back to the store and get a few cents for it : it was clever! Why in the world are such things so rare now? Oh, because of plastic bottles of course. So mostly, as far I know, we were taking care of the planet the best we could, even before it was "in" or considered "a necessity". Today, I hope most of us do handpick their waste.

Also, I remember that one day, a lady came to school and asked us to draw "the future". All my classmates drew flying cars. I didn't. I drew a polluted beach with dead marine animals on it. It was judged "unrealistic" and very "disturbing".
Clearly, flying cars are the real deal now.

NO. But today, the oceans are almost empty... of fishes. Because, of course, if you count plastic they are really full.

The reality is that we’re gonna face climate change. We are actually already facing it.

There is NO planet B. So please, if you love our world, try to protect it. It wouldn't hurt and is worth a try, isn't it?

Since the beginning, our State (I'm talking from France, but I'm pretty sure it's valid everywhere) are cutting into our fondamental rights and  uses it to take control of the crowd.
All the surveillance and confinement things they took in place, will not disapear after the crisis. It's a huge way to oppress the people and they're not going to leave it.
They have their opportunity to control our liberties - our gouvernement use this whole story to cut in our social system, to cut into our right to express, to force though sensitive projects, to get rid of the poors...

We shouldn't be happy to confine (even if we must), we are loosing our battles.
By unrolling the red carpet to covid-19, the gouvernement knows they had the weapon to strangle us.
They have their own economics profit behind this, the security and health of the people aren't really their problems at all.


We should be really, really carefull in the future.
If you like dystopic story, we're right in it. The worst way.
Paranoïa seems to be the best fertile ground.

The good news is that mostly, natures is healing back while we are staying at home. The bad new is that is just a short hiatus.

Today it's been seven years since I bought my mare!
As she's a surprise varnish roan appaloosa she turns white or turns brown depending on her mood...

So are you ready for this travel?
Let's start portrait:

And let's go for the same thing, whole body pictures... 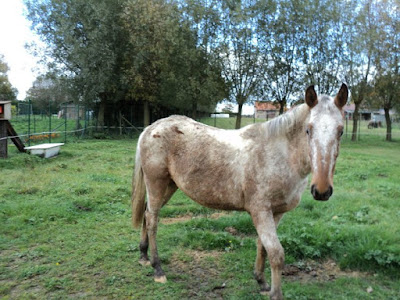 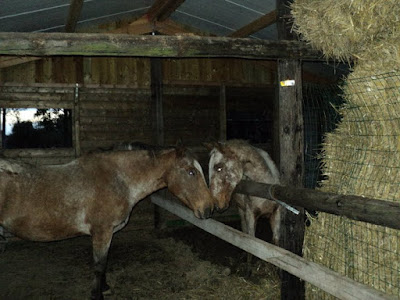 Those two pictures are the older I found of her.
She looks like still a filly. 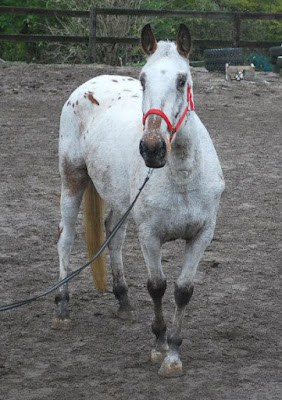 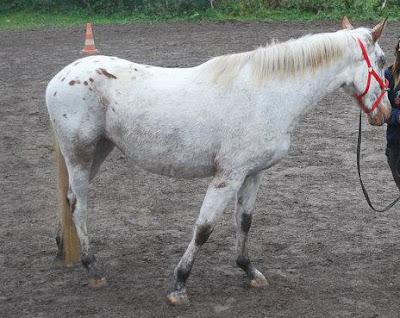 So yep 7 years together it seems long but it isn't... 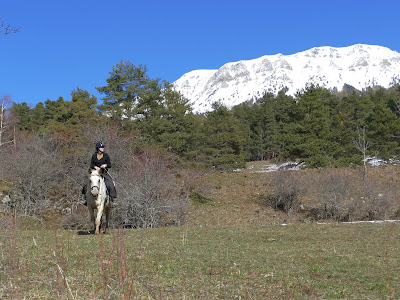