When I bought Amira, it was my dream coming true after so many years of waiting...
As a kid, I barely never had a chance to interract with horses, and even less to ride. Mostly because we lived in a big city and secondly because it was too expensive for my parents anyway.

So, for thoses who remember the story, when I was able to choose for myself, I decided to actually learn horse riding and finished with buying a horse only a month after.

Amira was a young, not well educated, stubborn mare and I had zero experience or competences to educate and train her, so I learned everything with her, from caring a horse to how to ride.
So everything I know today, I learned it with Amira... and she wasn't an easy or regular horse personnality - quite the opposite.

Then, I bough Excalibur, I choose him on a lot more of criteria, if Amira was a love at first sight, he wasn't really.
And I just complimented myself on how smart I have been, choosing the horse to be "ready to use" with good ground manners and a gentle soul, that never discuss with you when riding. Kind of an opposite to Amira when I started her (and even a bit after) ;) 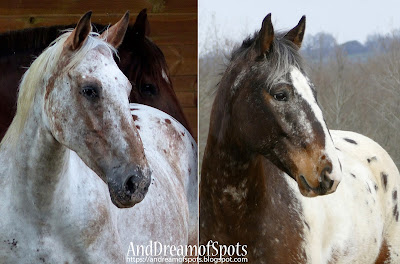 They are as different in mind as their opposite looks

Then...
Well it didn't worked. 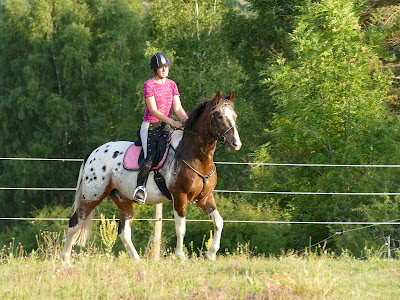 We struggled all summer long to fit to each other... without success.

Our start in spring was great, but it didn't really evolved for good, it stayed on the difficult side without improvement.
The main problem: he's lazy and nervous at the same time. But somethin' like he's really difficult to moves and motivate but he's also very anxious and fright easily with suddent energic moves. 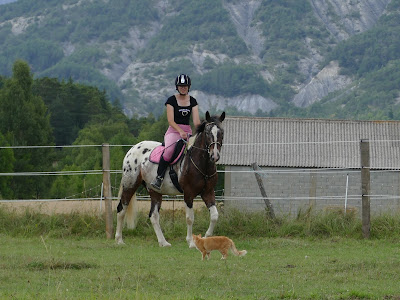 If the point is not to work and chase a cat or do anything not difficult, he's in.

So after a serveral months, with lots of care and expenses to have him right in his shoes...

He was more than ready to start working! And I was more than motivated to finally DO something serious with him. But he wasn't better under saddle, so I could definely cross the fact he was too much in pain to have the taste with work, the problem was in his mind.

And how can you help a horse soul? Really, mind is difficult to work on. 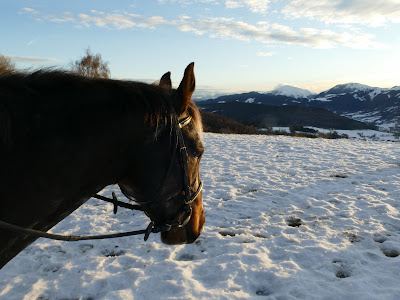 It's all in is head!

So I've worked, and tryied, and worked, an tryied and barely nothing got results.
He was lame at working in the ring and a real coward on trails, a slug in the starting and a bullet once he felt we were on the right side to go back to the barn. 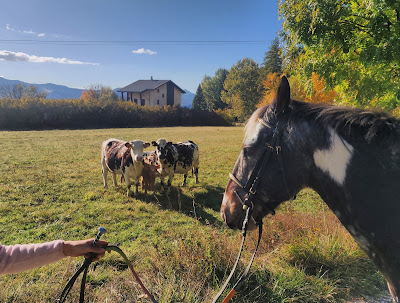 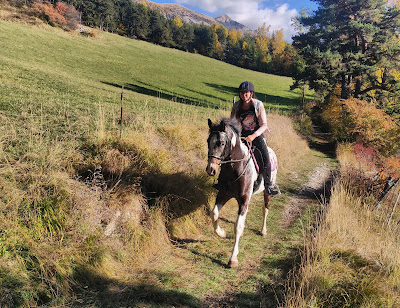 That's the way back home, were he finally is able to canter without beeing pushed! 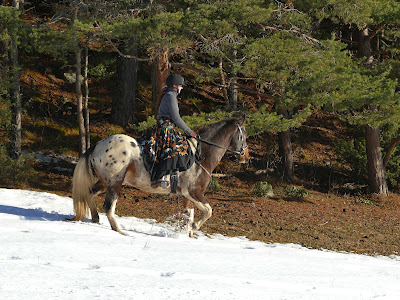 We could do a guess game on what he's looking at.
There's always somethin' he could be scared of... like... really.

The real problem is that HE CAN do things, he's balanced, he's got stamina, he's in good health... just he doesn't WANT to do them.. 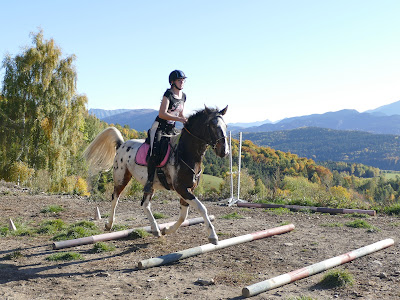 Yep he definely can, but that's just SO much effort, I just don't know how to ride myself :')
Not used to gave legs at every steps not to loose energy.

I even went holistic with him, even if I don't believe those things.
Animal communication pointed he was chocked by the fact he was geld after beeing a stallion.
Shiatsu pointed the same, and we worked on that.

In the same time, I started working R+ with him instead of R- and he immediately had interrest in rewards that can be eaten. I improved his motivation a lot, having him responding on my voice mainly. 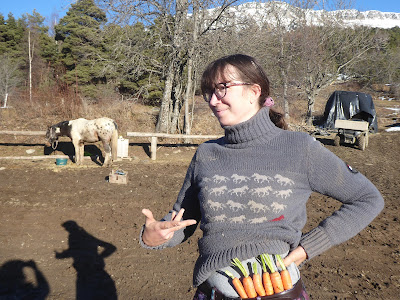 When your pony LITTERALY walks only with carrots...

And now it's finally kind of better, not perfect, but better. We are off on a good start, for arena work and for trail... Yay on us!
But I had to start him again from the begining, and even if I bough a horse that was supposed to be ready, I had to teach him everything from scratch. And believe me, I'm really, really not a horse trainer, I'm even not a good ridder. 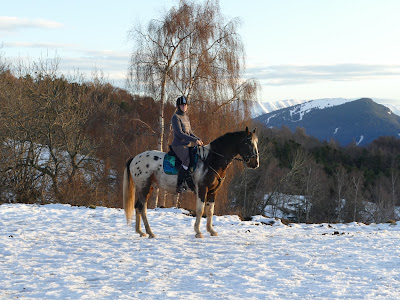 I hope that now, we are going to both enjoy beeing together... 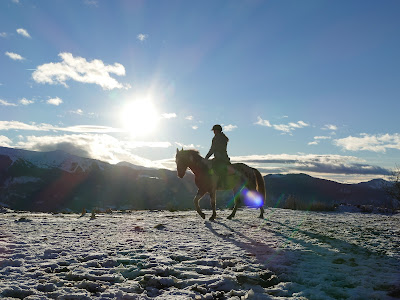 Because even if he's a problematic pony, he's also full of capacity. And I really hopes to show him he can have trust.
What do you think? Can we have a future together? I'm still wonderin'...