All you wanted to know about Excalibur

I know you guys already know about it, but let me explain it all a bit further.

When I came home from Equitom, I felt how painful it was that I could not do anymore all the things I could do with my mare. Also, I kept thinking about how if I had to have her put to sleep, having another horse depending on me me would have helped me greatly to bounce back onto my feet and stay positive through it all.
On top of that, my mare is particularly gregarious and I don’t have much choice but to get another horse to keep her company, so if that horse could aswell be ridden it would be a plus forme. Also Amira doesn’t like ponies, and neither do I.

Let me break down what happened and what my reticences with this new horse are. I wasn’t too keen on showing him to the world as long as I was not sure to keep him, but, in the end, why not at least talk about him?

My friend Sabrina and I browsed the classifieds in search for the horse that would meet all my criterias, which are very precise.

In a perfect world, I would have a Knabstrup, but I know how few there are in France. I went to visit the only stud farm website and they only had a stallion for sale – others were foals, and I don’t want a foal. I’d like a fully grown and trained horse.

Here are my criterias :
- Appaloosa coat
- Knabstrup breed, or at least a sport horse or similar to my actual mare (I’m not into small/stocky Appaloosas and Quarter Horses types, I really want a baroque or sport horse)
- Tall enough, at least 1.60m (actual appaloosas are out of the equation then as they’re usually on the small side)
- Old enough, but not too much: I do not want a young horse that has everything to learn like my mare when I bought her, nor do I want an old horse close to being retired.
- No stallion – I do not want my mare to be harassed, and I don’t want foals.
- Trained : enough to go on trails by ourselves and be handled without fuss. It has to be gentle and willing so I can pick back up horse riding at once.

Well, guess what ? That is one very complicated horse to find ! Everything I’ve found were either foals, stallions (why do people even bother with them ?), half wild horses living on their own in a pasture without ever being handled, there was even a paperless one (by that I mean with no ID paper at all) and lots, lots of poor let down old horses their owner didn’t feel like paying for, obviously. Also, almost no mares... sad.

After wondering for a while if we’d ever find something worthwhile, we found Excalibur. Technically, he meets most of my criterias: 1.60m (according to the ad…), gelding living with an old mare, Appaloosa x saddle horse crossbred. Trained, and 6 years old.

1st penalty : he is pintaloosa, not appaloosa. I call the owner anyway. Turns out he belongs to a 79 old man, who bought him to take over his ageing mare, but he realized that he was too young for him. They describe him as having « young horse reactions » but as not being mean spirited. Sabrina and I weren’t too sure of what « young horse reactions » were, so we decided to go and meet him. Off we go in the snow!

It’s raining cats and dogs when we get there but the horse is being adorable (licking my hands when I brush him and all) and we go off for a stroll into the woods. He’s being great outside, and after that we go back into the arena and the lady caring for him show us off his gaits. Sabrina then scratches him to see his reaction, then gives me the reins and tells me how she thinks he’s fantastic but not very reactive to leg cues, which shouldn’t be much of a problem as it can be improved with some work.

I hop on. The saddle is terrible (and doesn’t fit him at all) and I have a hard time finding my balance. He’s a tad shorter than Amira but much more stocky and his gaits shake me up a bit. I even fell off when cantering, which was not very glorious. 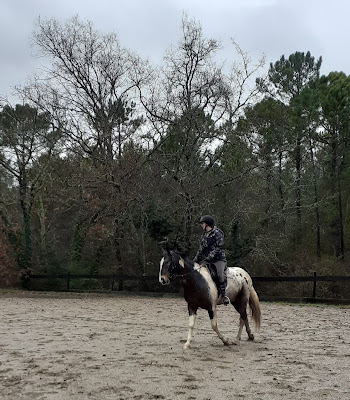 We came back through the woods. He was still great, even though now, I feel like he’s smaller than what I’d like. Plus, he has a very, very tiny pony head… which feels very odd when you’ve got a horse at home whose head is often too big for full sized bridles.

2nd penalty : his head is very small. His bridle is cob-sized.

We go inside to warm up and chat with the owner. Sabrina and I look at his papers. We tell them that we’re going home and that I will give them my answer tonight after thinking about it during the car ride.

When I get into the car, my head is ready to explode. He is perfect – smaller, lighter than my mare so he will eat less and will trample my fields less too. But it’s not the crush I was hoping for. He’s pretty, gentle, he’s got nice gaits. Sabrina tells me she finds him comfortable (well… she’s reforms trotters for a living so of course she finds him comfortable.) and I should get used to him. I send pictures to my mother, she says we go well together and even encourages me to buy him (which isn’t like her at all, she wasn't happy about me wanting a second horse). I feel sick and I think that if I don’t buy him, I will never find better and if I do buy him, the Knabstrup of my dreams will pop up first thing tomorrow morning in the classifieds!

When I arrive home, I call the owner to bargain the price. We agree on a lower price, I buy him. He will go with Sabrina first, so she can put him back on track as he is indeed trained but has some flaws (not responding much to legs cues being the main one).

He arrives at Sabrina’s place in February. She starts working him out. Everything goes fine, she likes him, he’s sweet and full of qualities. It’s unusual to see spots in her fields! Now, she measures his height and finds out that he’s not at all 1.60m : he is 1.57m, and 3cm on a horse is a huge gap.

Excalibur arriving at Sabrina’s place (thanks for reading up to that point ! :P)

On the last week of March, I went to see him and my mare. I want to see what he’s got, as he technically is still on trial, you know? I can still sell him back if needed (right?).
He truly is sweet and trusting. He let me to pet him as he was lying down in his field, even though it was basically the first day. Sabrina keeps saying it’s not a pony, it’s a horse, but I disagree. 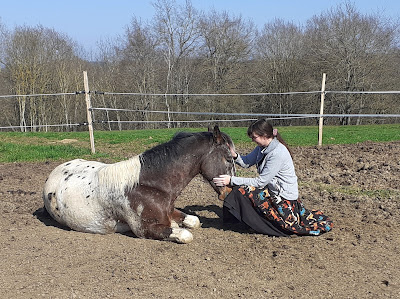 We go on trail that evening – he’s acting all crazy at first as he’s so full of energy, so I push him to a canter, but he doesn’t last at all and loses all his drive after that.
4th penalty : he’s a REAL FLAN. Blows up a lot, and then collapses!

On the next day, I try him out again in the arena and damn, he can’t even canter in a straight line. I still cannot find proper balance, I feel like a potato sack and I nearly fall off again. Sabrina would never miss such an opportunity to tease me about how he’s gonna force me to get better. HMPF.
Also, I have to give LOTS of legs cues as he slows down so easily. 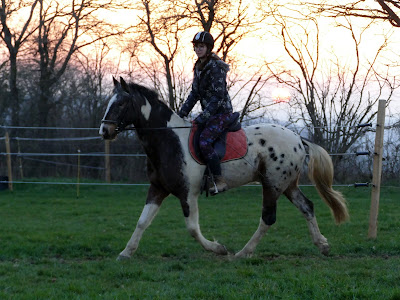 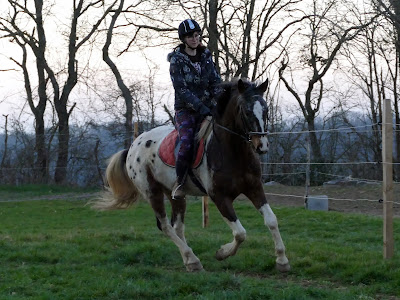 See how uneasy I am

5th penalty :  will I ever get used to his canter? (please help, my mare is way too comfortable!)

Now please let me go straight to the biggest problem with him : as the stud registry was taking forever to give back the owner’s card, Sabrina and I went for a dive online and found out that Excalibur actually has been a stallion and used as such 3 times at his birth farm. Great… I buy a gelding thinking he wouldn’t be a problem for my mare, only to find out he actually will as he has tried it out before!

6th penalty : he has been a stallion before, and that explains why he acts all cheeky in front of other horses. We found out that even if he hasn’t tried to mount another mare yet, he still charges at them sometimes. According to Sabrina, he’s a bit of an asshole with other horses. This also explains why he’s such a showoff with no stamina : that’s how stallions are.
Honestly, that is THE big thing that makes me unsure of keeping him as it was such a big criteria for me in the first place. I do not want my mare to be harassed. 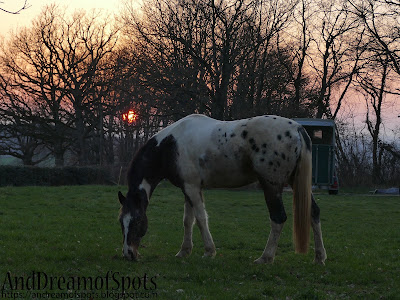 We also did lots of other things to test him:

-A day long trek (where we were attacked by a stallion but both our horses did very well behaved, good point for Excalibur). 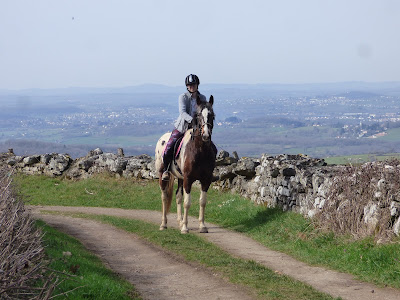 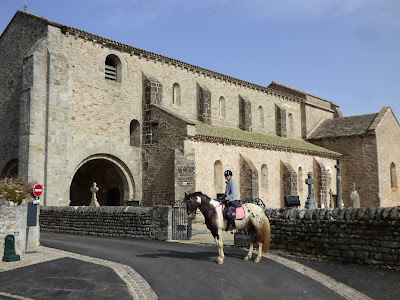 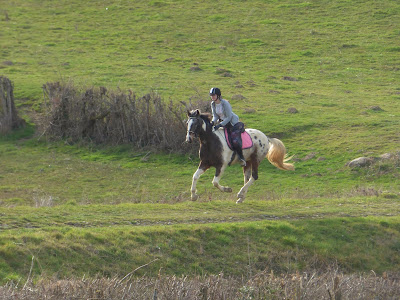 -A full bombproof training, including one to get him used to being ridden with a skirt (crucial point with me, especially how I would like to try amazon riding with him) - he's was not impressed, another good point for him. 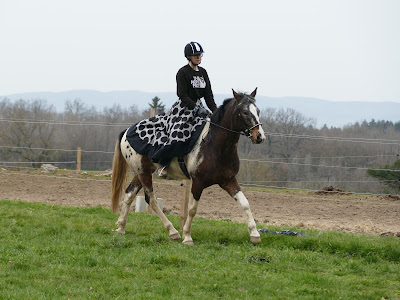 -He was tryied in both dressage and jumping, and he definely is capable. 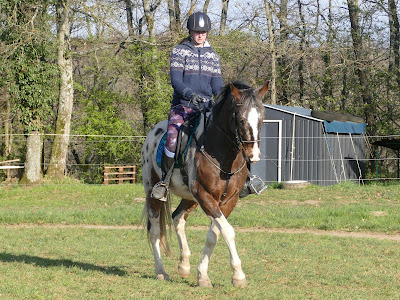 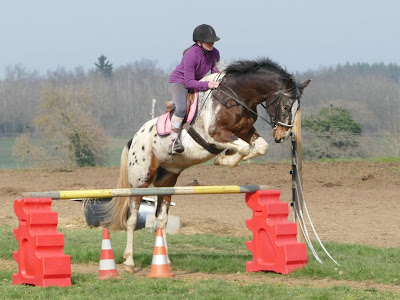 -He also got on a filming tour, for the same TV show where Amira played twice. He behaved well, but that will be another story.

For now, enjoy these pretty pictures of him – I have to admit he’s quite a stunner his way! 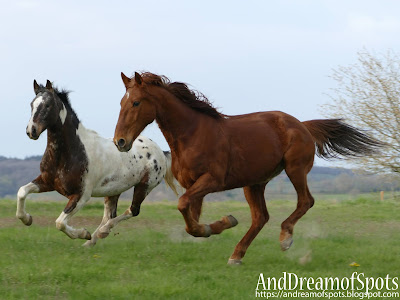 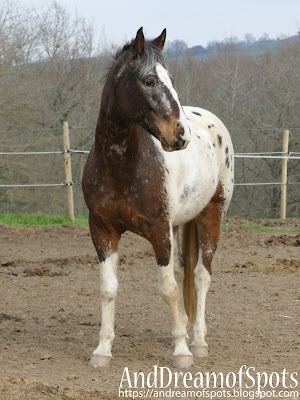 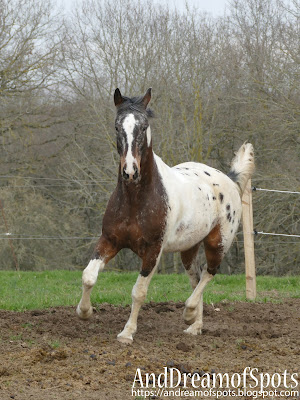 I’ll take advices too – do we look silly ? I’m so tall and he’s so short.
And I'll have to speak about my summer with two horses at home on a next blog post too...

Also a big thanks to my friend Mégann, who helped me with her precious time translating this blog post for me (I have like no time myself), she's probably the first fan of Excalibur too ;) 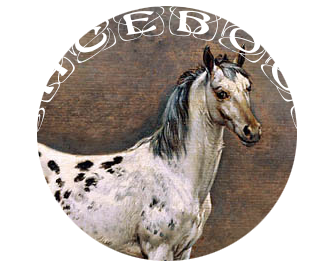 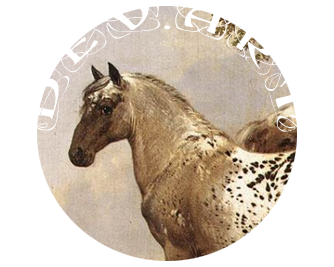 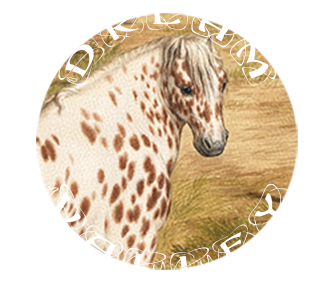 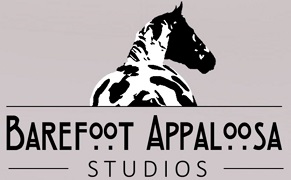