Those who knows me, also knows that I have two cats and that I love cats beyond any logic.

In the very first week of my nigthmare story with Amira, my friend Sabrina was there. And we triyed to do a bit of things beside taking care of Amira, wich leaded us to found a kitten on the road.
That poor, miserable thing was just trying to cross the road and Sabrina just stopped the car front of it. Wich gave me an opportunity to goes out and take the kitten.

Once in the car I realised how much that kitten was smelling bad and had difficulties to breath. It was really hard for me having it in my hand while we drove home.
Once there, it was of course sunday, I tryied to describe the things to the vets and we got an appointement on the monday morning. 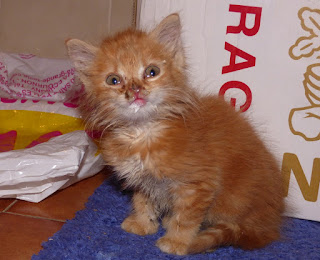 This picture was taken after we tryied to clean the stinky sick little kitty, I let you imagine how it looked before.
Next day, the vets checked our kitten,. Then I asked if it was a "he" or a "she", the vet took a look and just shout out of surprise and disgust, that poor kitten had an open wound under the tail, filled with maggot. Explaining the famous stink. Also said it's a "she".

At that point our kitten had really thin chances to survive. So here we are with two animals who needed intensive care on a thin line! Kitten also had to be feeded with bottled milk. At this point no name for her. 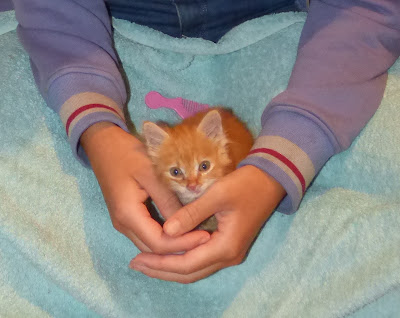 See how tiny it was.

But in fact, it survived. I spare you with details but it gets first at Sabrina's to finally come back at my home.
Sabrina called her Fury. I called her Ptimi. So she's got two names... 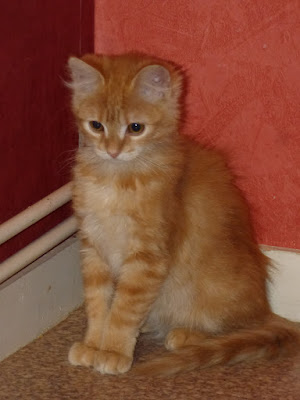 That little red thing wasn't really a good new for our cats. Also for us, having a fourth cat wasn't really our dream but... welcome home Fury! 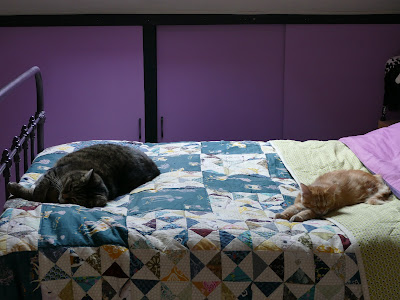 Lady isn't amused at all, in fact I still don't know how this picture was even possible. 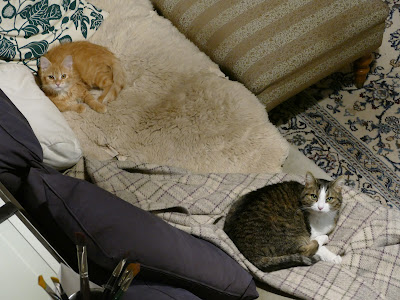 Darjeeling isn't a fan too, but maybe she's a little bit more in the tolerate side. Maybe.

I don't even have a picture with Pixel (my mother's cat). 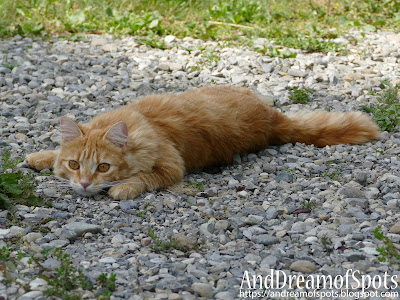 But there's more than a new kitty in the family, there's also... a new... spotted horse.

Well yes, Amira cannot be alone, right? Horses aren't meant live alone. And a ridder need a ride, let's be honest as well.
I got him (yes it's a him) in january around my birthday date, and I will tell you more in the next post! 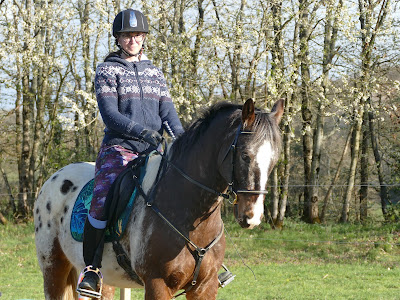