When I started the "monthly mare" (wich I wasn't able to update as well as I wanted, because of you know... time), it was about my obsession about snowy pictures.
So if I was able to catch the mare in the poor snow we had the last years, this year is different because: I moved house into the mountains, so snow here is an evidence!

The season actually started with snow.
But I wasn't able to catch in full bloom, wich is sad, but also cool, because I really likes this shot: 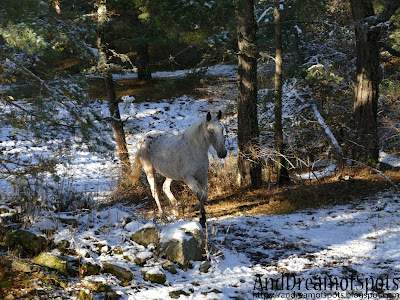 Then it started to be muddy, slippery and dangerous, so I gave up my dreams of riding in the snow. 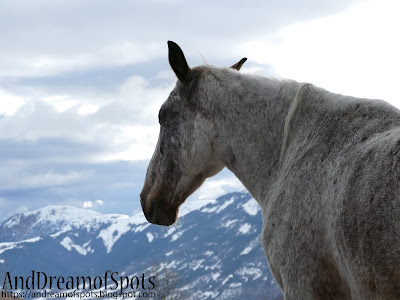 Even when snow started to melt, some places weren't negotiable. So we were stuck... by snow.

Because, you know snow, if you only wants to show in the top of the mountains, that's fine, I can still enjoy myself! 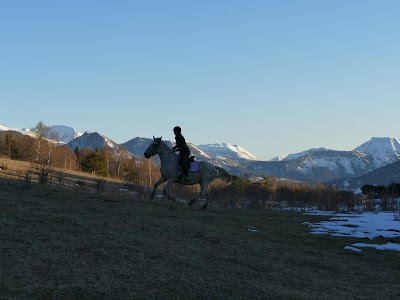 Vengeance is a dish... served cold!! 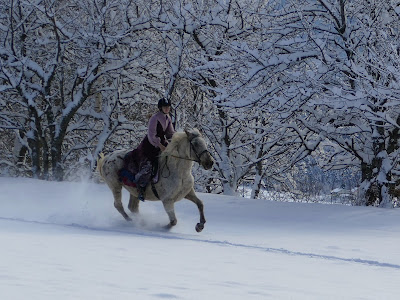 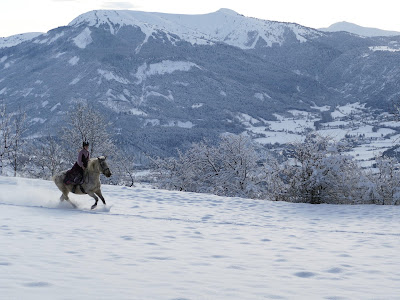 I had so much fun! 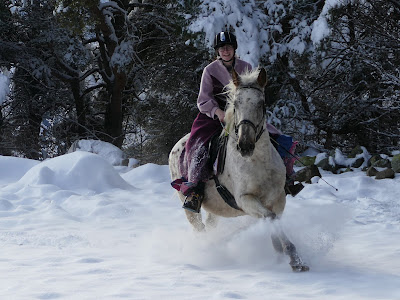 The mare had so much fun! Just looks how ready she is do start again... 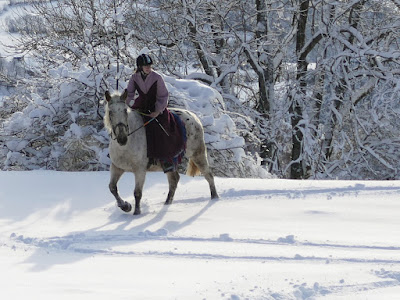 Of course, galloping in such snow may be dangerous, so be carefull. I was familiar with this field. 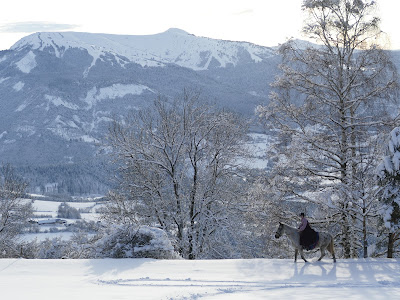 But I do, regret nothing... 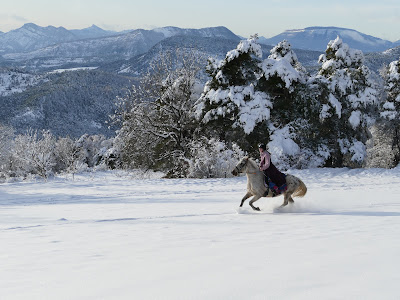 Because the wait, was totally worth it! 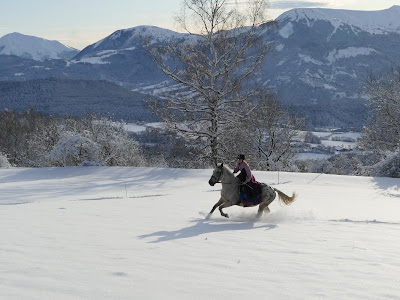 I enjoyed also a little walk in the forest, it was too beautiful to miss it. 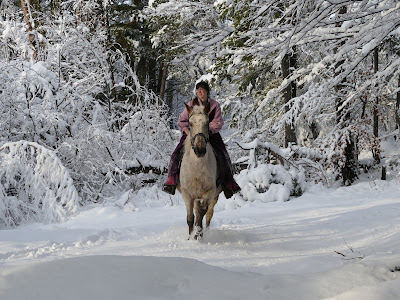 That's really rare that snow just sticks that well on trees... thanks to the rain just before. (And thanks I was able to get there, despite the extremely difficult icy roads.) 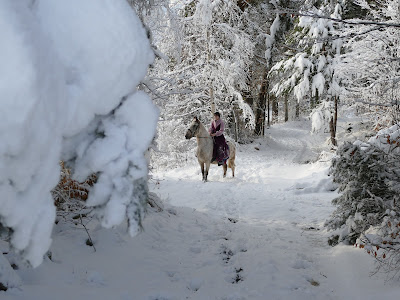 So yep, I'm hundred percent ready to do this again! 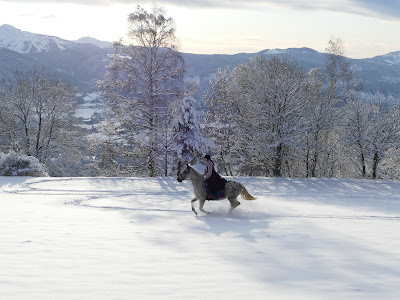 I want moar snow. But I'm glad I finally earned my ride in the snow!