A little explanation on the "horses at Versailles" to go with my latest shooting!
Of course, I've already spoke about Spotted horse history and demonstrate how they were plenty of them in French royalty,
But let's talk again about this, and more about the horses itselfs!

The Stables
"All European Princes would have done of them a palace, and they were 'only' the French King Stables", located directly front of the Versailles Palace, no more was needed to highlights the importance of horses as they represent power!

Two stables, the "great" and the "small" not because of their size, but attributed to their usages. North, the "great" stable for the hunting and war horses and south, the "small" stable for ordinary and carriage horses.
All of them were great institution, with a lot of different workers and... horses! 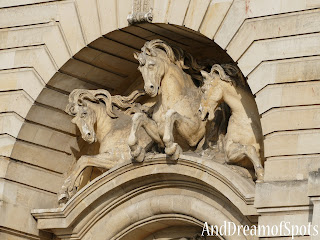 The horses were kept in the stables with only raised board for sleeping because it was "more beautiful to see them once in one view" and "for their healty and well-being, as they became too turbulent when locked in individual boxes".
In a first time, the ground was made with wooden floor then replaced by rock pavement, more dommageable to the horses legs but more hygienic too.
Horses were also "displayed" in a way that the sun cannot hurt their eyes.

The Horses
Hundred of horses lives at Versailles, all lined up by color and breed.
Spanish, Arab and Persian horses for ceremonials; parades and carrousels.
To speak about the spotted horses again, those were of course present, from the spannish breed...
to the arabians and persian ones!

English  steeds for the hunts.
Of course, you know what I'm going to show you...
and mostly Polish, Danish and Prussian as Coach horses!
And same again...
Of course, horses were also used for wars, as it's one of the first use of them.
Under three reigns, the stables were filled with around 382 horses in 1687, almost 700 in 1715, 1700 of them in 1763 and none less than 2252 in 1787. As well that in the end of 1787 thoses were considered as too expensive and the "small" stable was closed. Horses and their staff divided by two in number, and all came into the "great" stable. 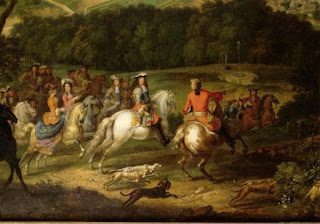 Golden Age of the French Riding
Art of dressage for French tradition was searched and perfectionned in the "great" stabble riding arena. The idea was about to let the horse it's natural grace and attitude, with perfect harmony between the horse and the rider. The French equery art at Versailles was known in the whole Europe and benefited at the kingdom prestige! 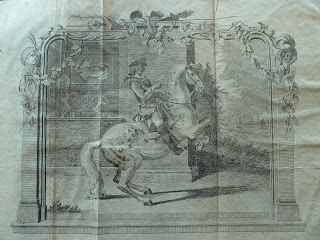 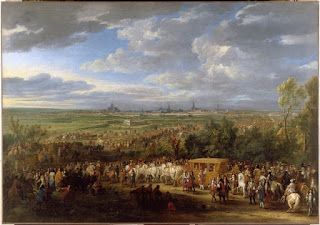 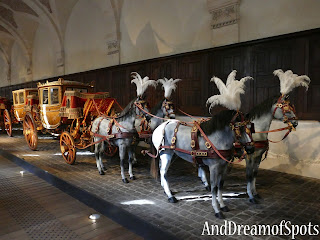 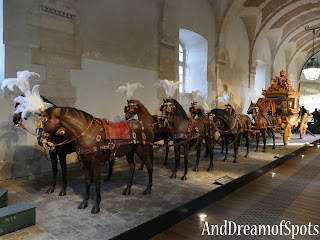 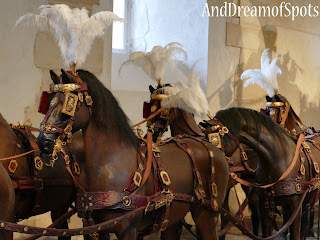 And I let you on this excellent video we saw at the expo: 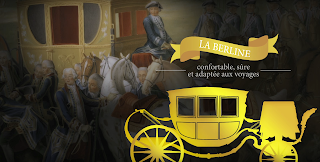